Curtain walling systems are increasingly specified in the world’s most modern commercial and industrial buildings. In fact they have come to be expected of many buildings today, not only because of their numerous practical advantages but also because of their appearance.

There are two types of curtain walls: pressure glazed and flush glazed versions.

In a flush glazing (sometimes called pocket glazing) wall you see just the glass outside, with a little silicon join between the panes. The glass is set in a recess in a frame; If any stops are used they are also recessed; so the glazing is flush with the frame jamb surface.

On a pressure glazed curtain wall, the aluminium frame holding the glass is exposed, so you see the framing from the outside. The system is used extensively in high – performance commercial applications requiring durability, sound weathering characteristics, aesthetic impact and demanding technical performance.

Our most popular Curtain Wall Systems

To offer you the best solutions for your curtain walling project, we at Pro Aluminium & Glass have partnered with a number of industry leaders. Here are some of the most popular curtain walling systems we install: 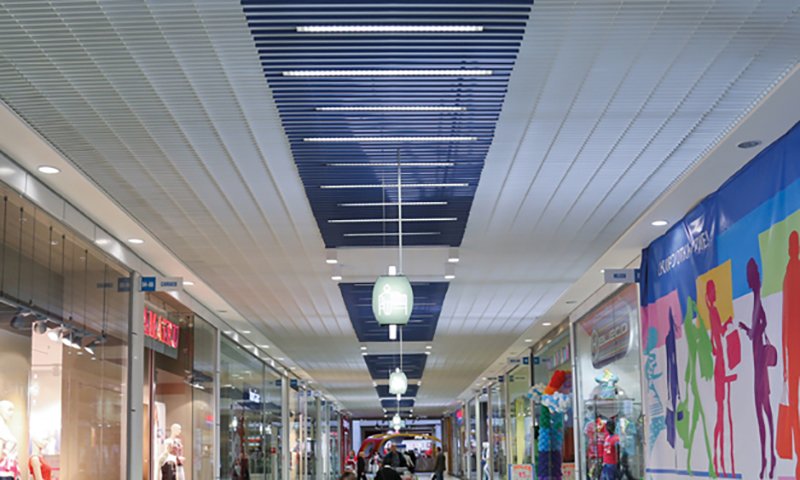 Linear and Cell ceilings for malls and modern spaces

Talk to us about your next project. Our friendly sales team will be happy to advise you on the most innovative solutions. Durban or Johannesburg - Call: 0861 111 717